Date: 24/11/2018 By Check In Creta Categories: The history The island of Crete No comments

Crete is the place where myths look like history and history is like a myth. From the distant past to the present day, every place on the island has a short or long story to tell. 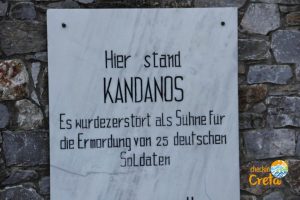 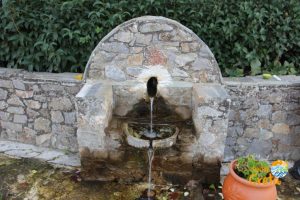 Finds from excavations indicate that the island was inhabited since the Neolithic Times. During the Bronze Age (3000-1100 B.C.) the Minoan Civilization was developed. Knossos was its centre and it reached its peak of prosperity between 1900 and 1500 B.C.

After 1500 B.C., the Acheans and the Dorians invaded the island. They were followed by the Romans in 67 B.C., and then the Byzantines, who became the rulers of the island by 1252 A.D. There had been a period of Arab rule before that, from 824 to 961 A.D. In 1252 A.D. the Venetian rule began, which lasted until 1645 A.D. Then the Ottomans occupy Crete and maintain their domination until 1897, with a short interval of 10 years, during which the island was ceded to Egypt (1830- 1840). In 1898 the Cretan State was established with capital in Chania. The island remained autonomous until December 1st 1913, which is the date of its official unification with Greece. 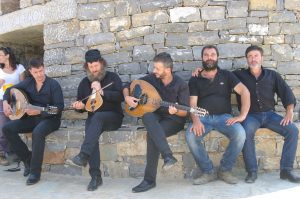 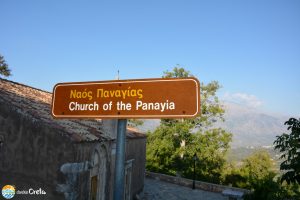 A trip in time

The first humans appeared in Crete in around 6000 B.C. In around 2.600 B.C. colonists from Asia Minor arrived on the island, bringing bronze with them. The new inhabitants, who had a strong shipping tradition, created the Minoan Civilization and made important cultural achievements. In around 1950 B.C. the first palaces were built in Knossos, Phaistos and Malia. They palaces were the headquarters of the local leaders or princes besides being the administrative and religious centres. A strong earthquake in around 1700 B.C. destroyed all three palaces but they were new, more luxurious ones, were built. One more palace was added to them, the palace of Zakros. In 1450 B.C., after the eruption of the volcano of Thira, the Minoan centres were destroyed completely. 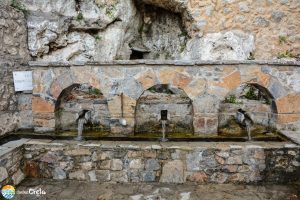 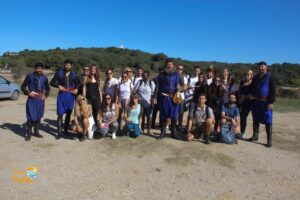 Immediately afterwards the Myceneans invaded Crete and established their own dynasty in Knossos. In around 1400 B.C. Knossos was destroyed by an unknown cause and the time of its decline began. In around 900 B.C., city-states begin to be created, according to the Hellenic model. The most powerful ancient city, Kydonia, which was later than Gortys and much later than Knossos, maintained its predominance in the area until the Arab invasion, when it was destroyed. In the meantime, the Dorians had arrived on the island and systematically “assimilated” the local people. Life was organized according to the models of the Spartans. During this period Crete produced admirable works of sculpture and metalwork. In 480 B.C. this civilization declined, too.

Pirates from Cilice used the coasts of Crete as their base, which gave the Romans the opportunity to conquer the island. In 824 A.D. the Arabs conquered Crete and organized it as an independent Arab state, the centre of which was Khandax (modern Heraklion).The Byzantines conducted many unsuccessful campaigns, until the Byzantine Emperor Nikoforos Fokas invaded the island (960 A.D.), occupied Khandax (961 A.D.) after a bloody siege and liberated it.

However, the liberty of Khandax was interrupted by the 4th Crusade, when the Venetians became the rulers of the island. The reaction of the Cretans was fierce, including 27 revolutions and many local movements. One of the revolutions, in which the Venetian residents of the island participated, managed to prevail and declare the island independent under the name “Republic of Saint Titus”. In 1645 the Ottomans invaded Crete.

After two years the siege of Khandax began. The Venetians and the Cretans, united, resisted for 23 years. Finally, Khandax fell to the Ottomans. Only Sfakia remained free, being forced, however, to pay a tribute to the Ottomans.

In 1830 Crete was ceded to Egypt for ten years. Then the Ottomans came back. The revolutions continued until 1878, when, through the intervention of the European Powers, privileges were granted to the residents. These privileges soon fell into disuse and new rebellions lead the Superpowers to appoint Prince George of Greece as High Commissioner of the island. In 1898 Prince George arrived on Crete and settled in Chania. A Parliament was founded and Crete became an autonomous Cretan State.

In 1908 the Cretans abolished the Commissioner and declared the Union of the Island with Greece. Eleftherios Venizelos played a central role in that movement. The Superpowers reacted and the Unification officially took place after the end of the Balkan Wars (December 1st 1913). The most important historical moment of Crete after the Union with Greece was the Battle of Crete, when all the Cretan people resisted the Axis with unbelievable bravery, along with the allied forces – Englishmen, Australians and New Zealanders – that arrived on the island (May 20th – 29th 1941).

“There is a land called Crete, at the sea, which is like wine.

It is very rich, surrounded by sea, very beautiful.

It has ninety cities,

countless people live on it

and they speak a mix of many languages.